You probably already know I am a prolific Twitter user. But how are others using it? A few discussions that have stood out for me this week:

Steve Matthew's post Lawyer Marketing With Twitter over at the Law Firm Web Strategy blog. I have to tell you, even though I have been following a few lawyers on Twitter (for example, Rob Hyndman and Doug Corneluis) I figured these guys were the exception and it would be unlikely to catch on in the legal world. After all, who has time for yet another network, especially one not yet proven and measured as a tool for promoting oneself? Lawyers are busy people with little time for extraneous, frivolous activity.

But perhaps that is where I am wrong...

If a lawyer's professional network is on Twitter, that is probably the best place for him or her to be. And sending out occasional "tweets" or messages via Twitter is definitely a lot faster than composing a full blog post. It just takes a lot less effort, and could have a strong impact if used to build relationships and do the right kind of promotion. Sending and monitoring tweets via blackberry or cellphone is also easy once you set it up. And messages can be sent to everyone in your network at once, while at the same time remaining personal. Wow, Steve's right, that is gold to a law marketer's ears.

And since Steve's post, I am amazed at how many lawyers have added me into their Twitter networks! I completely underestimated the use of Twitter by lawyers it seems. But I do welcome all of you to the party, and there is room for many more. Check out: Steve Matthews on Twitter; Connie Crosby on Twitter. Steve's blog post has additional suggestions to get you started. 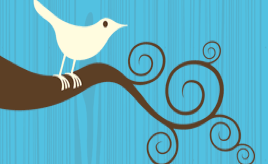 And then Jim Groom on his blog post Bestiaries, Lockdown, and Twitter at BavaTuesdays describes how on Tuesday, May 6th he was attending a lecture at the University of Richmond when they were quietly locked down without explanation. He and others managed to check in with friends and colleagues via Twitter to gain additional information. It turns out they were locked down in response to a suspected gunman on campus. Jim and others (including two UR librarians who I follow on Twitter, eclectic librarian Anna_C and Andy Morton) were able to inform and give comfort to one another, helping to keep everyone in the various classrooms calm and even amused during an uncomfortable time.

People at UR were sharing information and giving advice to one another, while the larger network from around the world was sending regards, prayers, questions, and their well wishes. I had a very powerful sense that those “others” were there with us from beyond that lab, or even the UR campus. I can’t fully explain why that felt so good, someone even offered a Safety dance from abroad, nothing like a laugh during a moment of untold strangeness.

He also compares Twitter against other available technologies during this time:

Of all the technologies we had at our disposal, very few were more effective than Twitter. I got access to the latest news reports outside the campus from fellow twits, I got an image of the alleged perpetrator, I got support, and vital information. My cellphone had no signal, and my e-mail was useless to me because I am not part of the UR community, hence I wouldn’t be notified there. For those thinking about a means to manage a crisis, I would put Twitter, or an application like it at the top of the list. It proved invaluable today for all sorts of reasons, and it made all the other means of connecting with others and collecting information dreadfully inadequate.

I asked Anna_C her take on this, which technology she jumped to first. She agreed her first inclination was indeed to go to Twitter. Next she went to the meebo room (chat room) set up by the inimitable Library Society of the World to talk with fellow librarians.

Jim Groom points out this situation reminded him of the journalism student who was arrested in Cairo and managed to get word of his arrest out via Twitter. Family and friends were subsequently able to work to get him released. A juicy drama indeed!

Last night on the library talkshow Uncontrolled Vocabulary (Episode #41) we discussed these two incidents, whether Twitter is changing the way those of us using it are communicating. We came to the conclusion that, while it cannot be relied upon as a formal means of emergency communication, it definitely plays a role in people talking to one another in ways that we otherwise just do not have available. If this subject interests you, the episode is worth a listen since we really got into this particular discussion.

For those of you already using Twitter, do you think it has changed the way you communicate in any respect? If you are not using Twitter, is it something you would try? Why, or why not? Please add your comments--thanks!
Posted by Connie Crosby at Thursday, May 08, 2008

Just wanted to say that your success with Twitter was my inspiration to give it full value and a couple attempts before dismissing it.

Although I'm an information junkie, and I did set up a Twitter account ages ago, I've never used it.

It's almost TOO connected for my comfort: I work, I go home - I don't want contact about work outside of work, and contact about non-work while in the office would be frowned upon...If I want to know what my friends are up to , I'll call or text them, I don't need hourly updates. I like my privacy and personal downtime, so although I can see there's lots of uses for it, for someone like me who likes to keep other people at a reasonable distance, I'd just find it far too intrusive.

And with my dippy brain I'd never remember to use it! :-)

It does take some effort to get started, and the immediate value is sometimes difficult to see.

When I first started using it I figured the only person who would possibly care is my mother, and she's not online, so what use? But, I have found lots of value since then.

Jennie, it definitely can be intense. I think of it like a river of conversations, and periodically dip my toe in as it suits me. It also helps if those people you are connected with are people you are interested in hearing from.

Good for you for trying it and considering it, whether you have deemed it useful or not!

It's really just a matter of perspective. Some benefit greatly with the use of twitter, while some just can't get the hang of it. Well, to each his own i guess.

And which side of the fence do you happen to fall on, Social Media Design? Do you use Twitter?

Just stopping by to say "hey".

Hope you are doing well.

Thanks so much for stopping by! I've posted a little note on one of your blog posts.

All the best,
Connie

That's a great link. I'm a fan of his work over Presentation Zen so have now duly added him in to my Twitter stream. Thanks kindly for letting us know!

Connie, is the Twitter/Ning/Facebook universe starting to replace listserv/discussion group universe? If not now, I think it's coming.

It's an excellent question, Wendy. Before I blogged I was a prolific at sending messages via listservs. I felt posting to my blog to be less intrusive than sending a large number of email to a wide number of people. So, for me the platform shifted a long time ago.

Listservs still have a role. I see a lot of tech groups who use twitter and the others extensively are also still talking via listservs. Email is still very much "push" as opposed to "pull" and helpful for getting messages out, not relying on people to seek out the information.

Facebook has an email infrastructure, so it does allow for both a page and messages to be sent to those signed up for pages or groups, although I do see having it as a closed system to limit its usefulness in some respects.

Definitely something to watch!